There has been a good amount of debate surrounding the Affordable Care Act and people have been questioning the legitimacy of how the law is being interpreted. Lately the point of interest has been in the language of the law and what is meant by a particular statement. In the law it says that people are entitled to subsidies or premium tax credits if they get their health insurance through state exchanges.

The two sides of this case are at odds as to what this means. The Plaintiff is taking the language literally. The point of contention here is that only 13 states plus Washington D.C. have state run health exchanges. That means that anyone in the remaining 36 states that is using healthcare.gov, the Federal Insurance exchange, will be ineligible for tax credits, since they are not using a state exchange.

The Defendant stands by what they believe the intention of the law is, and interprets this more broadly than the plaintiffs do. They believe subsidies should be available to those that qualify regardless of what exchange they us 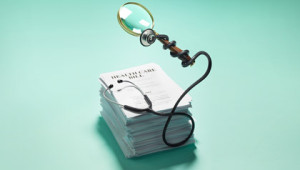 ed to enroll. They argue that the law was written to give tax credits to those that need them regardless of whether or not their State has decided to create an exchange or not.

Conflicting court decisions were made within hours of each other in Washington D.C. and Virginia. The case was ruled in favor of the Plaintiff in D.C. (that the law is literal and that the subsidies will only be provided only to those in the 14 states with state run exchanges); later in the day it was ruled in favor of the Defendant in Richmond, Virginia (that the intent of the law was to allow all those who qualify for subsidies to be able to receive them, regardless of the exchange used to enroll). All states have the option to run their own exchanges but many of them chose not to build their own exchange.

What does this mean for Minnesota residents?

This case essentially means nothing at the moment, as Minnesota does have a state run exchange and can issue subsidies. The people that live in States that do not run exchanges themselves will also not be affected by this ruling immediately. The case will likely be appealed in a higher court and may even be seen in the Supreme Court. The way subsidies are distributed won’t change until there is a definitive final ruling.

No matter the final ruling in this court challenge, the ACA mandates all Americans to have health insurance; otherwise a penalty will be issued. The penalty in 2014 for failing to have Minimum Essential Coverage is 1% of annual income or $95 per person, whichever is greater. The fee will go up to 2% or $325 per person in 2015 and will again jump to 2.5% or $695 per person in 2016 where the rates will stay for the forseeable future. You will also be required to get coverage and will be unable to receive subsidies if you do not have the correct amount of coverage by the time Open Enrollment ends.

It is important to have health insurance and to have Minimum Essential Coverage to protect yourself and your family for the future. If you have any questions about purchasing health insurance, don’t hesitate to contact us! We are always happy to help!